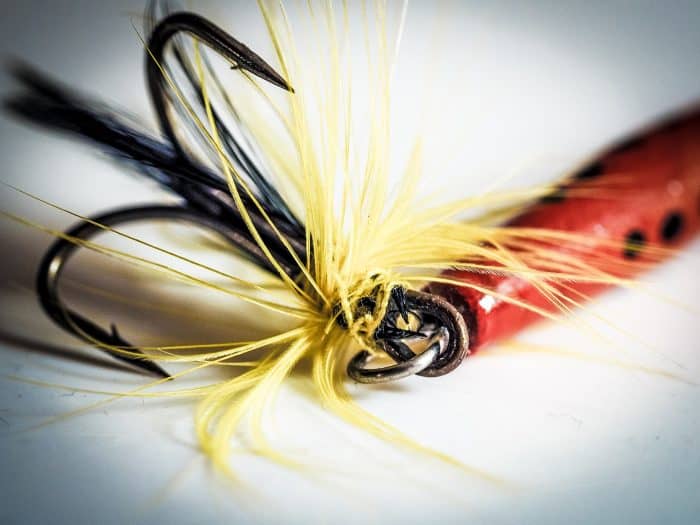 Imagine not being able to enter the warmth of a kitchen or experience the creative energy of your mother’s sewing room because you fear what lies within. Now, imagine that same fear preventing you from seeking medical care or getting your hair cut. Slicing a pie becomes a nightmare. Knives and scissors haunt your dreams. This is what many encounter who grapple with aichmophobia, the fear of sharp or pointy objects.

As someone who struggles with aichmophobia, Heidi Johnson knows firsthand how this phobia can impact everyday life. She’s lived with it since she was three years old.

“I can recall the day it all started,” Heidi said. “It was a sunny, summer afternoon. My family had gone to a park with a playground and a small, man-made lake.” She still recalls intricate details about the park, the lake, even the concrete walkway she was standing on when it happened.

Heidi was too young to realize it, but what was about to happen would have a long-lasting, negative effect on her mental health.

“I felt a sharp sting. My thumb had been hooked. I think I was in shock, because I just stood there staring at this large, sharp object jutting out of my thumb. The fuzzy sinker dangled alongside.”

That brief instant in time became the onset of Heidi’s aichmophobia, which manifested as a fear of knives and needles, particularly hypodermic needles. Her symptoms were minor in the early years. But her fear reared its head ten years later while sitting in the dentist’s chair with her first cavity.

“I was petrified.” she said. “Pure fear. I was surprised at my reaction, not knowing why it was so strong.”

Her fear of dentists continued throughout her life. As an adult, the fear became so acute that her dental care grew unmanageable.

“When I was forty years old, a dentist told me I needed to have a tooth pulled. I had no idea I would have a full blown panic attack sitting in that chair. I had tears streaming down my face. I was beyond embarrassed.”

Heidi wouldn’t permit the tooth extraction. As a matter of fact, she ceased dental care altogether for a number of years.

“It never occurred to me until that panic episode at the dentist that I have aichmophobia, this incredible fear of sharp objects,” she said.

After that incident, Heidi began to do some soul searching. She researched her phobia and learned that when you have a debilitating fear such as she does with sharp or pointy objects—or with any phobia really—it most always stems from something that happened in your past.

“It doesn’t just come out of the blue,” she said. “There’s some sort of trauma that happened in order for that to be present in your mind.”

Worried about her dental health, she began tracing back in her memory what may have occurred in her past that brought on this fear of sharp objects.

“And there it was!” she said. “Front and center. The fishing accident.”

The discovery brought relief and understanding, but it didn’t resolve her fear. She continued to avoid dentists until a recent dental crisis brought her back to the chair.

“When I saw my dentist, I made sure to be totally open with him and his assistant. I explained exactly how I felt, something I hadn’t done before.”

Heidi is thankful her dental care team was kind and professional about it. Her dentist empathized with her and helped her feel more at ease. She was able to have a cavity filled that same day and make plans for future, more involved dental care.

“My dentist realized my phobia was something to be taken seriously,” she said. “He recognized that it was affecting me both mentally and physically in a negative way.”

Since her more positive experience with her last dental visit, Heidi is feeling stronger and more able to lead a normal life.

“I feel like I have more control over it, rather than it controlling me,” she said.

Heidi encourages others who struggle with phobia to be gentle on themselves. “It doesn’t mean you’re weak-minded, childish, or over-exaggerating,” she said. “It’s real. It affects you.”

If you’re struggling with a fear of sharp or pointy objects, or any phobia which negatively impacts your life, research may help you get to the root of your fear. Reach out to a phobia group or talk to a therapist, friend, or family member about it.

“I don’t see my fear ever going away,” Heidi said. “But I do now see myself in the driver’s seat where this phobia is concerned.”

Minny Pittman is a freelance writer and editor for FearAZ.com.