Phobia. This word is often overused to relay that someone is afraid of something. To be clear, being scared of something is one thing and but to have a phobia is another thing entirely. A phobia is the irrational fear of something, a situation, or a living thing. Fear is natural. But a phobia occurs when you fear something that probably won’t hurt you.

When exposed to a phobia, you may experience severe distress and will go out of your way to avoid whatever is scaring you. Some fears are common. Just about everyone knows someone who is afraid of snakes, or heights, or small spaces. But some even stranger phobias are not well known.

1. Nomophobia
“But I need my phone!” We all know someone who claims that they can’t live without their phone. It can be an irritating thing to hear, but for some, it is a real phobia. Nomophobia is the fear of not having your cell phone. This phobia usually stems from having a cell phone addiction. A person with this phobia will have extreme anxiety at the thought of being without their phone or having a low battery. While strange, this phobia is common because most people use their phones for everything. They are so used to having their phones with them at all times the thought of being without it is anxiety-inducing. 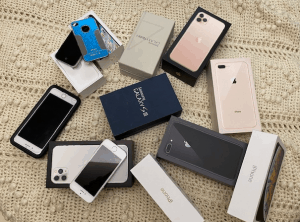 2.Ergophobia
Have you ever met someone who refused to work? Well, they might have ergophobia, which is the fear of work. Yes, it is a real phobia. Most of the time, there is an underline cause of this phobia. Some people have anxiety so severe that they can stand the thought of being in a work environment where they are around people. Some people have a fear of finding a job or doing manual labor. 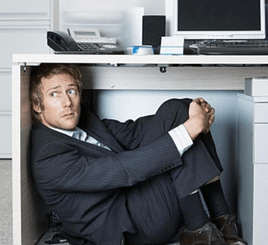 3. Arithmophobia
Who didn’t hate math class growing up? Does it make you anxious? This is how people with arithmophobia feel. The fear of numbers affects many people. This fear of numbers makes people nervous at the thought of having to deal with numbers. Life can be difficult because it is hard to live your life without working with numbers. For some, this phobia can include the fear of dealing with math or seeing the actual numbers.

4. Pogonophobia
Who doesn’t love a nice well-groomed beard? People with pogonophobia, that’s who. Pogonophobia is the fear of beards. A person can develop this phobia for a few reasons. If they have been in a tragic or terrifying situation with someone that has a beard. Or if the idea of not being able to see a person’s whole face makes them anxious. If this happens, people with pogonophobia tend to avoid people with beards. They won’t be friends with them, talk to them, or get close to them if they don’t have to. 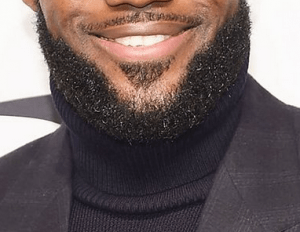 5. Linonophobia
Did you have a ball of string when you were a kid? Well, if you have linonophobia, the thought of it probably makes you anxious. Linonophobia is the fear of string. This comes from the fear of being restrained or restricted in some way. A person might develop this phobia if they experienced a traumatic event that involved them being tied up or kidnapped.
A person with linonophobia will avoid all types of string, including shoelaces and sewing thread. If they see string they will have a big reaction. 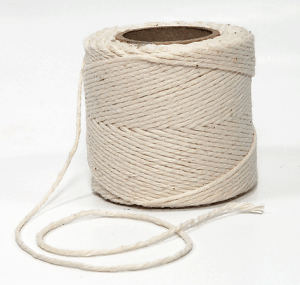 6. Xanthophobia
It’s one thing to hate a color like pea green or poop brown, but have you ever been afraid of one? Well, fearing poop brown, especially when you see it somewhere it isn’t supposed to be(wink, wink), is understandable, but what about yellow? Xanthophobia is the fear of the color yellow. This phobia can affect someone’s day-to-day life. It’s like you never notice how many white cars on the road until you buy a white car.
You don’t how many things outside are yellow until you are trying to avoid the color. People who are xanthophobic try their best to avoid the color the best they can. But you never know when a yellow school bus is going to drive by. Or when you are going to walk by a field of yellow flowers, or a yellow sign or yellow car.
It can be difficult for a person with xanthophobia to function because yellow is everywhere.

7. Optophobia
You ever just not want to look at anything? People with optophobia are afraid to open their eyes. This type of phobia is quite debilitating. How can you live your life or work if you are afraid to open your eyes? People who are living with this phobia like to stay indoors or in places with very little light.

8. Ephebiphobia
Teenagers, am I right? While most of them aren’t very pleasant, all of them aren’t dangerous loudmouths. But if you have ephebiphobia, to you, they might be. Ephebiphobia translates to the fear of adolescents or young people. While occasionally teenagers do suck (if you have one, you know), people with ephebiphobia find teenagers rude constantly. They think all teenagers are bad and don’t want to be around them. They don’t want to be around teenagers in public, and they don’t want them around their homes or on their property. Many people think this fear stems from how teenagers are portrayed in the media. 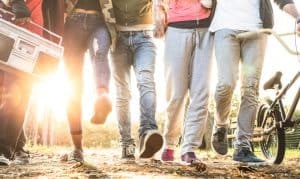 9. Plutophobia
What’s that saying more money, more problems? Well, for people with plutophobia, that is the case. A person with plutophobia has a fear of money and wealth. People with this phobia either fear having a lot of money or being around wealthy people. They often sabotage themselves out of making more money or getting lucrative jobs. This phobia may develop because they are afraid of having a lot of responsibilities or being robbed.

10. Ablutophobia
Were you a child that loved taking a bath? Or did you act like an ornery cat that had to be bribed, tricked, or elbow dropped into a bathtub? Ablutophobia or the fear of bathing is a phobia most children grow out of, but some don’t. Or some people have experienced traumatic events involving water that make it difficult for them to be around water. While some people have a fear of bathing, others have a fear of all water. 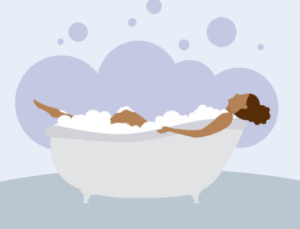