Scatophobia- Is Known as The Extreme Fear of Fecal Matter

When the Fecal Matter Hits the Fan! Have you ever woken up in the middle of the night with the urge to do number 2, but are too scared to go to the bathroom?

Does even the thought of feces scare you? If your answer to these questions is a resounding yes, then you are most likely suffering from a fear of poop phobia. Scatophobia, or coprophobia, is known as the fear of fecal matter or feces.

It is a ‘disgust’ phobia, and manifests through feelings of deep shame, disgust, and anxiety in the minds of people suffering from it.

Scatophobia is considered to be a specific phobia that comes under the classification of anxiety disorders under DSM-V. If you are someone who suffers from Scatophobia, it might not be uncommon to experience excessive sweating, fear, and unexplained body aches.

Since Scatophobia is considered an irrational fear, people suffering from it tend to withdraw and avoid social contact, fearing ridicule. However, like other phobias, Scatophobia is curable. There are several ways to overcome it, provided you acknowledge it first. 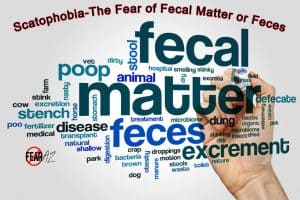 Everything You Need to Know About Scatophobia

Simply put, Scatophobia leads to a high amount of discomfort among people, just by thinking about feces. In case you might be asking yourself, is Scatophobia a form of OCD? People suffering from OCD may perceive the world as being completely free of all kinds of waste and contamination. Since poop is a form of waste, people suffering from Scatophobia may be obsessed with keeping themselves and their surroundings clean and removing feces from their bodies completely. Thus, Scatophobia can be considered as the fear of feces OCD.

Let us take a look at some of the key characteristics of Scatophobia:
● Uncontrollable and excruciating fear of fecal matter
● Based on irrational thoughts, leading to distorted and extreme thoughts about the harm that can be caused when in contact with feces.
● Persistent fear that doesn’t appear at specific moments. Scatophobia symptoms can appear anytime and don’t disappear till certain interventions are performed.
● People with Scatophobia will avoid contact with fecal matter at all costs. They will not even want to look at their own poop and would want to run away as soon as they can.

It has not been possible to single out any single cause of Scatophobia. Scatophobia, like many other phobias, can develop as a result of genetic and environmental factors. Nevertheless, two of the possible reasons why Scatophobia can develop include a family history of mental illnesses and unpleasant experiences that took place in the past, related to feces. If someone has a family disposition towards anxiety disorders and certain phobias, then it is highly likely that they would develop Scatophobia. On the other hand, ugly or traumatic experiences related to poop may lead to symptoms of Scatophobia in some people.

For instance, someone may have used a washroom or a public restroom that was unclean and had feces all over it. Or, someone might have accidentally stepped on poop, saw someone poop, or had poop thrown at them, which in turn, led to ridicule and mockery by others. These incidents then triggered unpleasant feelings related to fecal matter, leading to Scatophobia. 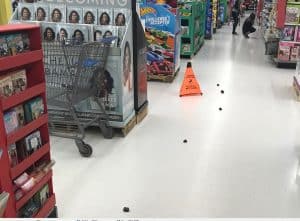 How Can I Get Over My Fear of Poop?

Someone suffering from Scatophobia might think that there is no cure for their fear and that they may have to live with it forever. However, this is far from the truth. Scatophobia treatment is available in various forms, including self-help and professional help. We will understand each of these in detail.

What Can I Do to Help Myself With Scatophobia?

If you don’t want to seek professional help or believe that you can overcome Scatophobia on your own, then there are various self-help techniques to help you.

Meditation
There are various forms of meditation that can help you overcome Scatophobia. Specifically, mindfulness meditation is known to be quite effective when it comes to treating phobias. Under mindfulness, individuals learn how to distract themselves from intrusive and disturbing thoughts related to Scatophobia and divert them towards positivity. Moreover, mindfulness meditation helps you connect with yourself, your breathing, the movements of the muscles in your abdomen and chest, and the sounds around you.

Reducing Caffeine Consumption
Caffeine is a chemical compound commonly found in tea, coffee, and dark chocolate. It is a well-known fact that consuming high amounts of caffeine can increase anxiety and the probability of panic attacks. While removing caffeine from your diet altogether is not recommended, reducing its intake will definitely prove to be beneficial. Although doing so will not make your anxiety attacks go away, it will help to reduce any unnecessary issues that you have been facing when consuming high amounts of caffeine. You might also observe other symptoms related to Scatophobia reduce in intensity once you cut out caffeine.

Professional Help
In case self-help techniques are not effective or if you believe that taking someone else’s guidance would be more effective, then seeking professional help might be the best option. Therapists apply various techniques to help their patients overcome their phobias. These include mindfulness-based stress reduction (MBSR), and cognitive-behavioral therapy (CBT). Let us have a look at each of them.

Mindfulness-Based Stress Reduction (MBSR)
The MBSR is an eight-week evidence-based program that offers intensive mindfulness training to help people overcome various phobias, anxiety, depression, stress, and other mental disorders. Under MBSR, people suffering from Scatophobia will be taught skills that can help them cope with their fears, and reduce the intensity of their symptoms.

Cognitive-Behavioral Therapy (CBT)
CBT is a form of psycho-social intervention which is often used in the treatment of anxiety disorders and OCD. In CBT, people learn how to identify and change their negative thought patterns, and come up with ways to replace them with positive thoughts. At times, doctors might also prescribe antidepressants or anti-anxiety medications to patients who are unresponsive to therapy. However, they should only be taken upon a doctor’s prescription and not consumed on one’s own will.

How to Avoid Scatophobia Altogether?

If you want to avoid dealing with Scatophobia altogether, try and avoid places where there are high chances of coming in contact with fecal matter. Such places include public restrooms and animal shelters. However, unlike many phobias, it is difficult to avoid dealing with Scatophobia. Since all creatures, including human beings, poop daily, one cannot avoid looking at or coming in contact with their feces – this can be a very difficult situation especially if there are young children or pets in your living space. In these cases, it is best to either seek professional help or find self-help techniques to help overcome Scatophobia.

Summary
Scatophobia is completely treatable. If you have Scatophobia, don’t worry, and get yourself the right treatment and guidance. Very soon, you would have defeated your fears, helping you lead a normal and healthy life.