Is Judeophobia (the Fear of Jews) Real?

A Jew is a person of Jewish descent and/or religion. A Jew or Jewish person is just that: a person. But there are those who have an excessive or unreasonable fear of Jewish people.

Could you have judeophobia?

When you hear the term “Jew,” do you feel nervous? Do you go out of your way to avoid people of Jewish origin or places you might encounter Jewish people? Do you even avoid watching movies or reading books that feature Jews?

If you are experiencing this, you might have a fear of Jews.

If you’re ready to better understand or even overcome this irrational fear of Jewish people, read on. 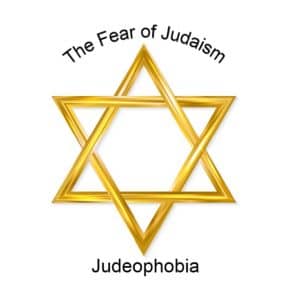 Like other types of profound psychological fear, judeophobia is most likely to develop under certain circumstances, but these circumstances themselves don’t cause the fear.

This fear can be socioeconomic based, religious based or based on experience.

Like other anxiety-based phobias, judeophobia spreads its fear and hatred to others. You may have developed it while growing up seeing your family members or friends fearing Jews.

Judeophobia and prejudice as a whole are just now becoming the focus of researchers. In a pioneering study led by Hugo Spiers, researchers at University College London identified activity in the brain’s anterior temporal lobe that promotes negative preconceptions.

Judeophobia often exists within a culture of fear. Such cultures change with time and place. Because of this, Jewish communities have historically been subjected to harsh or inhumane treatment. They have been isolated in ghettos, subjects of intense investigation, and been victims of genocide, all spurred by judeophobia.

Some Things You Need to Know about Judeophobia

Though many view judeophobia and antisemitism as the same, they began quite differently. Antisemitism was originally coined only a century ago to distinguish the religious from the political and social fears. Judeophobia stretches back thousands of years.

In order to track the history of judeophobia, we need to go back to when Jesus was born and lived as a Jew. After the death of Jesus, Christianity was born. Some early Christians even thought of themselves as Jews, but eventually they separated themselves from Judaism to avoid Roman persecution.

After the rise of Christianity, some sacred texts had an enormous impact on the birth of judeophobia. For example, some texts suggest that some of Pontius Pilate’s Jewish group called for the death of Jesus. In another text, Jesus tells his fellow Jews, “You are of your father, the Devil,” so this text may be thought to falsely associate Jews with the Devil.

From the middle ages to the early modern period, religious antagonism toward Europe’s Jews resulted in anti-Jewish legislation and, on many occasions, violence. In the Nazi era, the anti-Jewish sentiment built up due to centuries of religious, economic, and political prejudice. People saw the Jews as a separate and dangerous “race” that would never be assimilated into Europe.

Judeophobia is not like other fears; it becomes an extreme and irrational fear often sparking hatred within an individual. It can sometimes be hard to determine if you have a phobia or just a negative perspective of Jews.

If you have a mild form of judeophobia, educating yourself about your fears may help resolve them. But if you think your phobia is more deeply rooted, you should check for the following symptoms:

People who fear Jews may experience one or all of the symptoms mentioned above, depending on how severe the phobia is.

How Do You Deal with Judeophobia?

As said earlier, judeophobia is not like any other phobia. Treatment for judeophobia involves different techniques and options.

Self-Help: How Can You Help Yourself?

Before chosing a treatment option, you could start by trying to help yourself. As a sufferer, you know exactly how you feel, and you can express those feelings to yourself without fear of being judged. It might help to understand that this is an irrational fear. Jews are not harmful. They are human beings just like others.

Educate Yourself
The perceptions of others affect your thinking when it comes to this fear. Research can help you defeat this irrational fear and help you overcome personal prejudice and social discrimination. Confronting conditions of intolerance and ignorance that promote judeophobia may also help as you work to overcome your phobia.

Build a Sense of Global Citizenship
To tackle your fear of Jews, first try building a sense of global citizenship, a sense of unity, and a respect and appreciation for diversity. This will help you to live peacefully without fear as an active global citizen.

Write Down Your Thoughts
A written record of your thoughts can be beneficial. In this way, you will better understand your situation and find out what led to it. It will also be easier for you to focus on the positive rather than the negative.

Meditate
Meditating helps you clear your mind and think rationally. Taking a moment to think about your feelings and fears can help you organize your thoughts. This will allow you to better cope with and understand your phobia.

Engage in Conversations
Have discussions with people on topics like gender identity, ethnicity, religion, and race. The point of these conversations should be to understand their views and try to see where you stand. It may further help to discuss the topic with someone who is aware of its history, in this case, fear of Jews or simply Jews. This will help you learn how other people perceive the topic and may help you develop a different perspective. 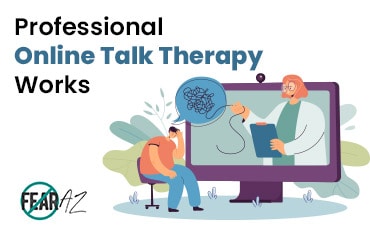 Professional Help for Fear of Jews

Consider seeking help for your phobia from a professional therapist or counselor. These professionals may be able to help you using techniques like cognitive behavioral therapy and hypnotherapy. Even though no judeophobia treatment option guarantees complete recovery, it will ease your symptoms to the point where you are able to carry on with a sense of tolerance and peace.

When Should You Seek Professional Help?

Cognitive Behavioral Therapy
The way we perceive things will affect how they affect us emotionally. And in turn, this affects our behavior. Cognitive behavioral therapy aims to help you cope with your fear by focusing on your current thinking patterns, communication, and behavior.

Learning to Cope with Judeophobia
Dealing with judeophobia can be difficult. You may fear being unable to express yourself and feel judged when you talk about your fear.

Educating yourself, having conversations about your fear, and looking at others’ perspectives are some things that can help you cope with your fear. You may feel that others are undermining your opinions or feelings, but you can achieve a more healthy state of mind using some of the techniques mentioned above.

Wrapping Up
You can lead a peaceful life free of judeophobia by learning to manage and understand your fear. Why not start today?