Nosophobia, Hypochondria and the Fear of Illness

Even before coronavirus became the society-reshaping global pandemic it currently is, fear of illness has long been one of the most common fears in the human condition.

On the one hand, thinking every little sneeze or twinge is a life-threatening malady is easy to mock. Great satirists have done just that, from Jane Austen satirizing quack cures, non-medical gossip, and the then-fashionable “spa culture” in her unfinished final novel Sanditon to Moliere’s The Imaginary Invalid.

There is nothing imaginary about the effects of an out of control fear of illness, however.
Even setting aside SARS, H1N1, coronavirus, and other pandemics and super bugs, serious medical issues can devastate your health, medical outlook, and overall quality of life.

But what about when the fear itself is worse than any condition? Having a fear of illness can mean that you aren’t actually physically sick, but are actively making yourself mentally unwell with the fear of becoming so.

Let’s take a look at two of the most common forms of a fear of illness in hypochondria and nosophobia, see what’s behind both of them, and determine the best course of action for sufferers of either or both. 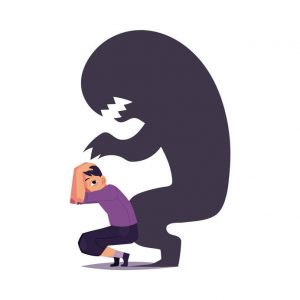 First thing’s first: What is the difference between hypochondria and nosophobia?

While both deal with the fear of illness, the difference comes in the nature of that fear. Hypochondria (also referred to as hypochondriasis) is the fear that any existing symptoms you may have, real or imagined, are a sign of a bigger illness. By contrast, nosophobia is the fear that you will contract a specific illness, such as diabetes or cancer.

It is important to note that mere concern, even to a great extent, isn’t enough for nosophobia. We’re all a little anxious about COVID-19 these days, but that alone doesn’t qualify you for this condition. Rather, the fear has to be extreme, sustained, and more often than not, unfounded or catastrophized.

Nosophobia is sometimes nicknamed “Medical Students Disease,” which gives a clue as to its nature and how it differs from a basic fear of coronavirus. When you first start taking med school, and learning about all manner of different conditions, you can start to imagine that you have these conditions. The more you research, the more you start to fear that you have the illness you are researching.

This can create a vicious cycle. The more you fear and research a disease, the greater the propensity to catastrophize and obsess over that disease, which in turn can lead to the fear increasing. 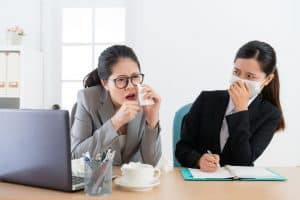 By contrast, hypochondria tends to start with a sneeze here, a twinge there, and from these smallest of symptoms you start to worry that you might be suffering from something bigger. However, since your symptoms tend to be vague, minor, or even imagined, hypochondriacs tend to focus less on a specific disease and more on any number of diseases which barely fit their case.

Sneezes, headaches, upset stomach, slight soreness—these are all very common symptoms, and can be applied to any number of conditions, which is precisely what hypochondriacs tend to do.

The more specifically you focus on a single disease, the more likely nosophobia is to blame. The broader your focus, and the more you have a generalized fear of being sick all the time, the more likely it’s hypochondria.

Nosophobia and the Media Factor

One of the most characteristic factors of modern life is mass media and the psychological and sociological impact it can have on us. This can heighten the chances of individuals who may already be more likely to be more susceptible to nosophobia to slip into an irrational catastrophized fear of certain illnesses which get promoted on the news.

On this model, the more an illness appears on the news and the more catastrophic its effects seem to be, the greater the likelihood of an individual beginning to obsess over that illness and develop a specific nosophobic fear of it.

Past epidemics such as the AIDS crisis as well as the recent coronavirus pandemic are perfect examples of this. Both of these diseases have specific conditions for contracting them. The statistical likelihood of catching either disease is incredibly low. When conditions such as these dominate the news cycles 24/7, however, and their social effects are known to be incredibly widespread and dire (ie, the current COVID-19 quarantine orders) media-assisted nosophobia can become more likely.

That said, it is important to note that, while mass media coverage may exacerbate nosophobia relating to a certain disease, it does not cause it.

Symptoms of Hypochondria and Nosophobia

Common symptoms of hypochondria include:

Likewise, the symptoms for nosophobia include:

Causes of Hypochondria and Nosophobia

While the root cause is not known, there are certain factors that can increase the probability of developing IAD, hypochondriasis, or hypochondria. These may include:

Part of what makes these conditions difficult to treat is that they do not have a singular cause from which a diagnosis may stem. It is estimated that between 2 to 5 percent of the population suffer from some form of hypochondria, but a consistent definition of causes remains elusive. That is due in part to the fact that cases of hypochondria differ because different hypochondriacs focus in on different symptoms.

By contrast, nosophobics tend to gravitate toward well-known diseases, often those currently being covered in the news. While this alone is not necessarily a “cause” of nosophobia in a person, it can act as a trigger and push them in the direction of localizing a more generalized fear of germs and getting sick onto this condition. In fact, there is now even a term for a tendency to heighten one’s nosophobia via an overabundance of fear-driven Internet research: “cyberchondria.”

What’s more, if you have a family member who suffers from a certain condition that you feel matches your “symptoms,” this may be a potential cause for grafting your more abstract fear of sickness onto the condition in question.

General anxiety can also heighten symptoms for both hypochondria and nosophobia.

Finally, while clear distinctions between the conditions have been elucidated above, it is possible for there to be some overlap between them.

Treatments of Hypochondria and Nosophobia

Given the psychosomatic nature of both conditions as well as the lack of a specific consistent cause, both hypochondria and nosophobia can be notoriously difficult to treat.

Cognitive Behavioral Therapy (CBT) has become a popular method for treating both conditions. This type of treatment seeks to “reprogram” the way patients’ brains process certain words and ideas, with the hope of disassociating certain stressors and promoting healthier responses and behavior.

In some patients, selective serotonin reuptake inhibitors (SSRIs) have been able to limit symptoms. They are collectively and popularly known as antidepressants, and affect the serotonin levels in such a way as to mitigate anxiety.

Examples of these drugs include Zoloft, Paxil, and Prozac.

CONSULT YOUR PHYSICIAN BEFORE TAKING ANY MEDICATION

Meditation, visualization, and other mindfulness exercises can also be helpful in alleviating the anxiety-related symptoms of hypochondria and nosophobia.

Finally, there is the question of media consumption. Because mass media coverage of major diseases such as coronavirus can be a major trigger for sufferers of nosophobia in particular, it may be best in some instances to mitigate one’s consumption of media covering the disease with which the patient is obsessed. Friends, family members, and doctors can fill them in on any vital information if this proves pertinent and necessary, but otherwise, avoiding this trigger can be essential to one’s mental health.

Keeping these factors in mind can help you distinguish “imaginary” conditions while helping sufferers of hypochondria, nosophobia, and a fear of illness address their very real consequences. 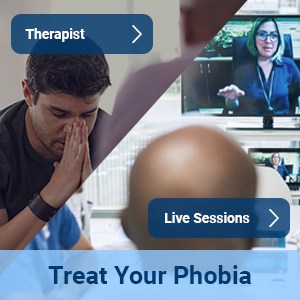