Fear of Leaving the House Versus Agoraphobia

However, the two do not overlap completely. Agoraphobia may involve a severe panic attack typically triggered at the thought of suffering a panic attack or other serious psychological or physical issue if the status quo of your current situation is broken.

How To Pronounce Agoraphobia 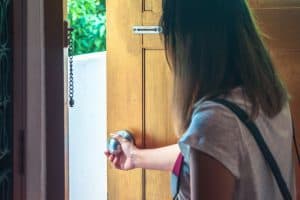 Franklin Delano Roosevelt famously declared “We have nothing to fear but fear itself,” and it’s precisely that fear of fear itself which helps characterize agoraphobia. It’s the sensation of being so afraid of that situation triggering terror and a panic attack as to trigger one that propels agoraphobia.

In theory, this panic attack can be triggered by any situation in which escaping or asking for help seems impossibly dangerous or humiliating. However, it is true that the most common and well-known form of this panic attack-driven phobia does involve a fear of leaving the house. The fear becomes so intense people suffering from agoraphobia refuse to leave their “safe zones.”

Fear of large crowds is a common cause of agoraphobia. Sufferers often fear spaces such as subways, malls, or other areas where large crowds are common. This links the disorder closer with the fear of leaving home, as after all, the easiest way to avoid large crowds and the panic attacks they may trigger is to stay home.

What’s more, while it doesn’t cover all cases, agoraphobic panic attacks over leaving one’s home link the phobia to the home more closely than other forms of this fear. For example, staying inside for fear of being shot or getting into an accident may cause you to be afraid to leave your home, but it’s ultimately a fear of guns or cars that is at the root of your fear. With agoraphobia, your fear is directly linked to leaving your “safe zone”—the most common manifestation of which is the home.

As such, while the two aren’t a perfect match, agoraphobia is nevertheless one of the most closely linked and popularly understood forms of an otherwise more generalized fear of leaving the house.

Afraid of leaving the house? Yes it is a notoriously rare condition, with less than 1 percent of Americans suffering from it. Making it even more difficult is that roughly 1.8 American adults may suffer from some form of agoraphobia despite not having any previous history of panic attack disorders. The median age range for the onset of agoraphobia is between 20 and 30. While generalizations across gender lines are difficult, studies have shown women are more likely to report suffering from agoraphobia than men. 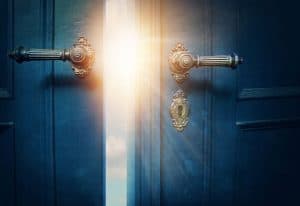 The National Health Service estimates that roughly 1 in 50 people in the UK have some form of panic disorder, with around a third of those people going on to develop some form of agoraphobia. That said, agoraphobia does not only manifest as a fear of leaving the house, so it remains unclear how many people suffer from that specific form of the condition.

What are similar phobias?
The Fear of Small Spaces or Claustrophobia
Enochlophobia – Fear of Crowds

Upon seeking treatment, the NHS estimates that a third of people are eventually cured and remain symptom-free, one in five continue to struggle, and half experience improvement, but have periods where their condition is more serious, and may relapse if triggered by stressors.

Part of what makes agoraphobia so difficult to treat is that its causes are notoriously difficult to pin down. Instead of specific symptoms, doctors often refer to a series of questions that, given certain answers, may paint a picture of a possible case of agoraphobia. Some of these questions include:

In addition to these questions and panic attacks, there are a wide range of potential symptoms that can be associated with fear of leaving the house, especially in its agoraphobic form, including:

Many of these symptoms are triggered and exacerbated by the extreme stress that can accompany agoraphobia. This stress is also characterized by extreme feelings of fear and shame, as well as the fear of and shame at the idea of these feelings manifesting should the subject leave their home. Examples include:

Severe cases of a fear of leaving the house, especially in the form of agoraphobia, nearly always require professional assistance in the form of therapy and psychological and psychiatric care. Doctors can ask you the aforementioned questions about your stress, triggering stressors, and the form your stress takes, along with queries about your personal and medical history. Based on that information, they can suggest one or more treatment possibilities.

In many cases, one-on-one therapy with an accredited professional is an important step. These sessions can help get at the root of your triggering stress factors in a safe, calm, controlled environment.

Other therapy program options include:

Support groups are another common form of treatment that can help treat the fear of leaving your home, especially in its agoraphobic form. Many of the issues stemming from agoraphobia involve fear, shame, and the associations of these factors with the outside world. By engaging in support groups that serve as a “safe zone,” patients can share their feelings with others with similar conditions. This can help them feel as though they are not alone, assuage some of the fears they have, and, thus, help them confront their agoraphobic fears, including the fear of leaving home.

Some types of antidepressants and anti-anxiety medications that are used to combat agoraphobia and other conditions that can cause a fear of leaving your home include:

Please NOTE this website does not recommend any medication, we are simply listing options that may be prescribed by your health professional.