The Fear of Fog or also Known as Homichlophobia

Do you wake up trembling when there is fog outside? Does the sight or even the thought of fog make you uneasy?

Do you find your fear irrational? Do you experience an increased heart rate, sweating, muscle ache, or trembling when experiencing or thinking about fog?

Although it is true that homichlophobia is considered to be an irrational fear of fog, people who have such a phobia typically experience a jump in their pulse rate, along with excessive sweating, shivering, and in extreme cases, panic attacks.

So, how do you overcome homichlophobia? Are there any treatments? In this article, we will take a deeper look into what homichlophobia is, its causes and triggers, common symptoms, and the different treatments for the same.

The first step towards handling this fear is to understand why you have it. 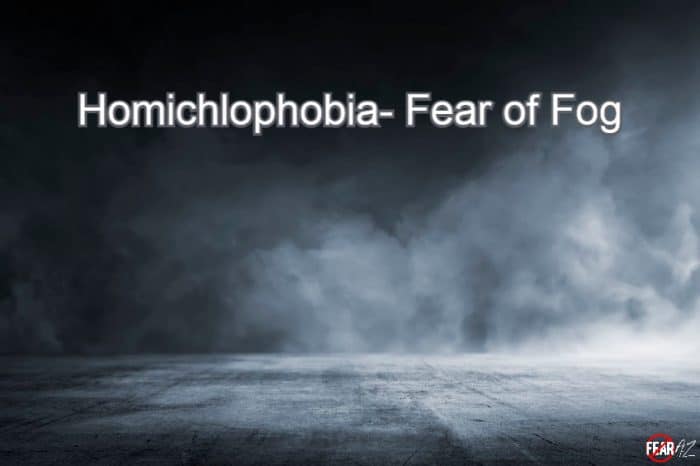 Homichlophobia, or nebulaphobia, is classified as the irrational fear of fog. While there is no specific reason for homichlophobia, for some people, the fear can be triggered due to unpleasant experiences related to fog in the past.

There is no single reason why homichlophobia occurs in some people and not in others. Although unpleasant incidents in the past, which took place due to fog, can trigger fear, this is not always the case.
In certain people, homichlophobia can be triggered due to prolonged exposure to movies and television shows that depict untoward or traumatic events taking place in the darkness or fog, or circumstances where visibility is low. Moreover, foggy weather has been one of the most common reasons for road accidents and fatalities. Hence, reading about people meeting with an accident while driving or experiencing it first-hand, can trigger or develop homichlophobia in some people. However, genetics and people with a family history of mental disorders are at a higher risk for developing homichlophobia as well.

Homichlophobia is considered to be a form of social anxiety disorder and is classified under the class of anxiety disorders in the Diagnostic and Statistical Manual of Mental Disorders (DSM-V). According to the DSM-V, people who experience fear or phobias that are categorized as anxiety disorders may undertake extra efforts to avoid situations or places that may trigger them. Thus, someone who has homichlophobia might completely avoid going out altogether during foggy weather, or wait till the fog has reduced, to go out. Some people might even shift or prefer to live in an area that has a tropical or a warm climate so that they do not have to experience fog.

People suffering from homichlophobia commonly experience a high degree of anxiety just by thinking about fog, let alone seeing it. In fact, for people who have a high degree of fear of fog, their anxiety may turn into a full-blown panic attack. Let us take a deeper look into the physical and psychological symptoms of homichlophobia.

The psychological symptoms of homichlophobia include

● Uncontrollable fear or anxiety
● Panic attacks
● Withdrawing and self-isolation
● Feeling disconnected from people around you
● A feeling of guilt, shame, or self-loathing
● Anger and frustration, either with oneself or others
● Irritability
● Difficulties in concentration
● Fear that you are losing control over your life
● Feeling dreadful
● Feeling dejected and hopeless

Some of the common physical symptoms of homichlophobia are

● Excessive sweating
● Shivering or trembling
● Hot flushes
● Chills all over the body
● Muscle pain
● Dizziness
● Tightness in the chest, which can cause difficulty in breathing
● Confusion or disorientation
● An increased heartbeat
● Nausea, or vomiting sensation
● A feeling that you are going to faint

What can I do to Help Myself with Homichlophobia?

Homichlophobia, if left untreated, can become quite irrational. People suffering from the fear of fog may often find themselves feeling left out and uncomfortable discussing their problems with others, worrying that people may perceive them as strange or not acknowledge them. Hence, if you are suffering from homichlophobia and believe that it is interfering with your daily activities, it is best to get help as soon as possible.

In case you do not want to or cannot afford to take therapy, self-help might be the best way to overcome homichlophobia. Start by taking care of yourself. Taking care of oneself implies introspecting your thoughts, anxieties, and what causes or triggers them. You should also try to read and understand your fears and anxieties deeper, and figure out the methods that work best for you.

Exercising and meditation are also believed to help people in overcoming their fears. Cardiovascular exercises and yoga postures have been proven to help people divert their thoughts towards something that is more productive and calm. This way, they can get rid of their distressing thoughts and focus on something that generates positive energy.

For those who wish to seek professional assistance to treat homichlophobia, several options are available. Let us take a look at each of them in detail.

Exposure Therapy
Exposure therapy is one of the most common methods of overcoming phobias. It mainly involves the therapist repeatedly exposing their patient to the things that they fear or have a phobia against. The process aims to desensitize the patient to their fears, as theoretically, the more a person is exposed to something they are scared of, the less it will bother them over a period of time.

Cognitive Behavior Therapy (CBT)
CBT is one of the most common and well-known methods employed by therapists to treat their clients. Under this method of treatment, the therapist tries to uncover why they think, behave, or feel a certain way with respect to a fear or phobia that they are facing.

Dialectical Behavior Therapy (DBT)
Though the DBT method is usually used in the treatment of patients with borderline personality disorders, it is also useful for helping people with various phobias. Under DBT, therapists employ various techniques including mindfulness meditation, coping ahead, which involves asking patients to close their eyes and imaging scenarios where they are exposed to their fear and what they would do to overcome it, and the half-smiling technique, where patients are asked to think about their fears while slightly raising the corners of their mouth, so as to avoid the painful thoughts associated with the fear.

How to Avoid Homichlophobia Altogether?

If you wish to avoid facing your fear of fog, then the best solution is to avoid traveling or stepping outdoors when there is fog. Wait till the sky becomes clear and visibility increases. Or, if you can, then shift to a place where the climate remains warm throughout the year and you do not have to experience foggy weather.

In Conclusion
While it is true that homichlophobia is considered to be an irrational fear, it is not something to be ashamed of. Many of us have different phobias, and since treatments exist, homichlophobia can also be overcome with time. Hence, do not worry, accept your fears, and stay positive.

link to Fear of Outhouses-Paruresis-Portaphobia

Continue Reading
link to Gymnophobia - The Fear Of Nudity

Understanding Gymnophobia and The Fear of Nudity Wondering why you can so deeply relate to Tobias Funke from Arrested Development and his crippling fear of nudity? Chances are, you’ve got...