Diffusing Ornithophobia: Figuring Out Your Fear of Birds

When you step outside do you check the sky for birds circling? Do you shutter at the sight of ten birds perched in the tree in your yard? Is a certain Alfred Hitchcock movie crossed off your list to watch, EVER? If the answer is yes, then you might suffer from ornithophobia or the deep fear of birds.

The first step in conquering the fear of our fine, feathered friends is to understand the whys and wheres. Read on and hopefully this fear of yours will fly away.

Unless you fear birds, of course. 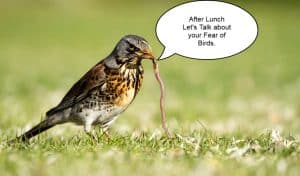 It’s no small irony that one of Sheldon’s more “grounded” fears is of flying aviary menaces. Or at least that’s how he sees them. The season five episode “The Ornithophobia Diffusion” gives us both the fear of birds’ name as well as some insight into how some people approach their fear of bird phobia.

So, what is a fear of birds, how is it caused, and what can you do about it?

What is the fear of birds called? It’s called ornithophobia.

How common is ornithophobia? Read on to learn more about that.

As the episode’s title indicates, ornithophobia is the answer to the inevitable question of “what is the fear of birds called?” This phobia toward birds is general enough to include everything from being afraid of the sight of birds to a specific fear of large birds and worrying that they may attack you and everything in between.

If you suffer from this particular phobia, you’re not alone. It is one of the most common personal social phobias in the United States, with at least 12 percent of the population suffering from some form of a fear of birds according to the National Institute of Mental Health.

It should come as no surprise that birds are, after all, a trigger to this particular condition. That said, birds are everywhere and the overwhelming majority of the population get along with birds fine. Sure, pigeons may be pests in New York and London (and beyond), but most of us don’t shriek in terror at these ornithological nuisances like Tippi Hedren trapped in a phone booth while under aviary attack in Hitchcock’s The Birds.

So, what’s going on here?

Well, it’s films like The Birds that may be partly to blame for an irrational fear of birds among some. The degree to which media impacts social behavior is debatable. For instance, despite studies which indicate that violent video games don’t actually increase violence, people still debate that point today.

However, media can reinforce and exacerbate preexisting phobias. This is why, if you have a fear of the ocean or a fear of sharks, watching Jaws is probably a bad idea.

What Jaws did for sharks, The Birds did for, well, birds by cultivating a general fear of them. From Hitchcock’s film to Edgar Allan Poe’s “The Raven” to their appearance in modern horror stories, birds (especially dark ones like crows and ravens) are often depicted as ominous characters or portents of doom and death. 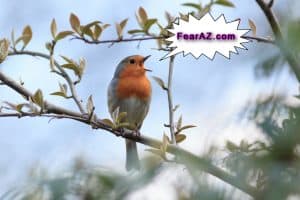 To be fair to our aviary friends, of course, the reverse is also true, as from doves to mockingbirds to songbirds and everything in between, there are at least as many positive depictions of birds as negative ones. Shakespeare references ravens in Macbeth, sure, but also references turtle doves as an allegory for love in his long narrative poem “The Phoenix and the Turtle.” In Romeo and Juliet, ravens and doves are both mentioned: “Beautiful tyrant! fiend angelical! Dove-feather’d raven!” Juliet exclaims as she expresses her conflicted feelings after Romeo kills Tybalt.

Related and more focused fears include:

Avoidance of birds and places you might encounter them is easily the most apparent symptom of this condition. In addition, you may suffer from certain symptoms that are common to social phobias, including:

Other People that suffer from Ornithophobia: 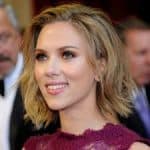 One of the most common methods for dealing with phobias of all kinds is exposure therapy. Sometimes the best way to tackle one’s personal phobias is to confront them head-on.

This is the method they use on The Big Bang Theory. After Sheldon has had enough comedic encounters with birds to satisfy the laugh track for one episode, Bernadette brings a Blue Jay for him to pet.

Of course, this needs to be approached with caution and care. There’s a fine line between the kind of calm, nervous petting Sheldon does to the jay Bernadette’s holding and making someone feel like they’re trapped in a scene from The Birds. While Bernadette’s initial calm and soothing attitude are good to emulate when trying to introduce birds to someone who fears them, adding her “Just pet the bird, you big baby!” is probably not a good idea.

In addition, there are steps you can take to conquer not just a phobia of birds but other anxieties in general. For example, deep breathing exercises and meditation can help imbue you with a deeper sense of calm. What’s more, a support group with people who also struggle with this phobia can help you tackle it, get over the shame of feeling alone, and maybe help you make friends along the way.

What if you’re as skeptical as Sheldon Cooper would typically be, consider all that self-help “hokum” and demand a more “scientific” approach?

Visiting a psychologist (albeit not one as caustic as Dr. Hofstadter) can help you get to the bottom of your phobia.

Finally, if your phobia is especially strong, your psychologist might consider prescribing you antidepressants or other medications to help you cope. Sedatives and beta blockers are also sometimes used. However, this is typically a last resort.

Ornithophobia may not be a quirky Sheldon Cooper-esque experience, but that doesn’t mean it doesn’t have to be an insoluble one either. With a combination of exposure therapy, support, and potentially additional psychological care, you can fly free of this phobia and bid it goodbye (or bazinga!).