The Fear of Demons, Not Only for Religious People

Do you feel the presence of demons in random places and avoid going there? Does the thought of leaving your home terrify you because you think you might risk crossing paths with a demon?

If that is the case, you may have demonophobia or daemonophobia. This is an irrational fear of demons. Demons are evil-minded supernatural beings that seek chaos, despair, and destruction. They’ve been feared throughout history by various religious or occult groups.

However, as demons do not physically exist, the fear that you’re experiencing could be a sign of an irrational phobia. 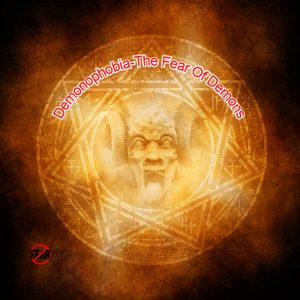 Demonophobia, also referred to as Daemonophobia, is the extreme or irrational fear of supernatural beings that are known to cause harm. On the surface, this phobia of demons may seem harmless because you cannot see demons.

However, to someone dealing with this phobia, it can be a nightmare. Demonophobia can cause undue anxiety at the thought or sound of demons, walking down empty corridors in the middle of the night, or even looking in the mirror. Like most phobias, demonophobia needs to be addressed and can be resolved.

There are countless ways in which demons are portrayed in their interactions with humans and entering the human realm. In movies, like The Exorcist, they’ve been shown to possess and take over children. In some TV shows, they’ve been known to wander dark woods and other unruly or sketchy-looking places.

To the mind of someone suffering from a fear of demons, all of these situations get linked with demons. This means that a person with demonophobia doesn’t need to see an actual demon to experience anxiety or panic attacks. Anything that reiterates the idea of demons, shares symbolism with demons, or in the mind of the sufferer summons demons can scare them pale.
The exact cause behind Demonophobia can be tricky to pinpoint because it’s quite complex and sometimes rooted in belief or superstition. Perhaps the bane of it all is that demons aren’t normal; they’re what’s referred to as paranormal. This means, demons may or may not exist, but they are definitely beyond the scope of scientific understanding.

This is what makes it especially difficult to treat people with demonophobia. Not only is it difficult to establish the roots of this fear, but it’s also not easy to desensitize them from something no one understands fully. The main thing to remember about phobias is that they are, by definition, irrational and usually rooted in negative experiences or false knowledge.

Here are some possible causes of demonophobia:

● Watching too many movies that portray demons.
● Motivated by religious ideology.
● Negative and inexplicable encounters or experiences with the supernatural.
● Conspiracy theories and books.

Since demons aren’t something you actually see or encounter daily, the symptoms can emerge because of anything that can be connected to the idea of demons. Here are some examples of the things that may give someone with demonophobia strong anxiety:

Sufferers of demonophobia will experience symptoms based on their level of fear.

The fear of demons can affect your life in different ways and even trickle down to your everyday social interactions. Because of the nature of demons and the volume of stories or mythologies that surround them, the fear is more likely to be felt very strongly.

And the more a person learns about this concept, the more their fear can deepen.

How Can You Deal With Demonophobia?

The problem lies in the root of the fear. If the fear is based on religion or superstitions, it’s arguably more difficult to root out. You would have to analyze and break down the entire ideology that contextualizes demons — that’s no easy task because these topics are still controversial.

However, the fear of demons can spiral out of control and cause people to act in irrational ways. Depending on the pervasiveness of your fear, you can go the self-help route or the professional route.

If you’re afraid of demons and are reading this, the good news is you’ve already started helping yourself overcome this fear. But there’s still a long way to go.
The first step would be to analyze how this fear affects you personally. What everyday things does it stand in the way of? If your responses to the idea of demons are far outside your control, you may need professional help.

Otherwise, you can overcome this fear by yourself by transforming the way you think. An important step is to start breaking down your beliefs and explore new ideas. Similar to the fear of demons, there are probably people out there who fear God, too.

Whether or not these entities actually exist is not what you should spend time thinking about. Instead, try to think about your own experiences that have led you to these convictions. There’s nothing wrong with having a belief, but if it’s making your life miserable, you need to be open to change. 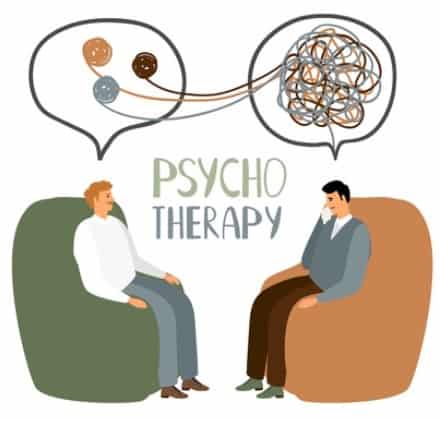 If you are experiencing symptoms often or strongly, seeking professional treatment is the best way to go. It showcases resilience because it takes bravery to talk openly about your fears with someone and let them dissect it.
Here are some of the most common courses that mental health professionals use to treat people diagnosed with demonophobia.

Hypnotherapy
Hypnotherapy works by putting people into a trance-like hypnotic state, which helps them locate their inner strengths and resources. In other words, it helps you help yourself overcome your fear of demons. This form of therapy is practiced only by the most advanced psychiatrists.

Cognitive Therapy
Cognitive therapy is simply a technical term for talking. Cognitive therapy involves talking to a professional about your history, experiences, emotions, family, and friends. Therapy helps you to better understand the relationship between your thoughts and feelings, which is useful for overcoming fear.

Desensitization Therapy
This works by recreating situations that give you anxiety in small steps to increase your tolerance. It’s a form of therapy that’s often used for treating phobias and is known to be effective. However, research is yet to indicate its effectiveness in treating demonophobia.

Coping With Demonophobia in the Long-Term

Having to constantly deal with the idea of demons can no doubt be difficult. Monsters and ghosts don’t compare much to the level of horror demons inflict, so it’s completely natural to fear them if you believe they exist. And you don’t have to stop believing they exist in order to overcome this fear.
The best long-term strategy is to keep welcoming new ideas about demons. and in the meantime, identify the ways in which phobia deprives you of a full life and find a way to overcome each of those problems individually.

Final Thoughts
Demonophobia, despite its long history, is still a complicated fear, and much remains to be understood about it. The key thing to remember about phobias is that they cross the line from simple fear when they disrupt your life. And every phobia needs to be addressed. With the right attitude, there is nothing you cannot overcome, not even demons.