Help for Conquering Your Fear of Death

Do you sweat and shake when thinking about your own mortality? Do you have problems even attending a funeral? Does a panic attack overtake you when reminded that we all pass on? If thinking about or confronting death puts you into an uncontrollable spin, you may suffer from thanatophobia or the extreme fear of death.

The path to handling this fear in a controlled manner is first understanding why we feel this way. Read on, we’ll break down the basics and help you understand that you can learn to manage or even alleviate this fear. With a little work, you may be able to live your life without excessive fear of dying.

Thanatophobia: The Excessive Fear of Death

To be or not to be, that is the question.

After 400 years we continue to see Hamlet’s insightful question on mortality reflected in ourselves. But Hamlet’s obsession with life, death, and the existentially unknown leaves him terrified. And that’s no way “to be.”

So what are the facts about the fear of death, and how can you answer your own questions about them? 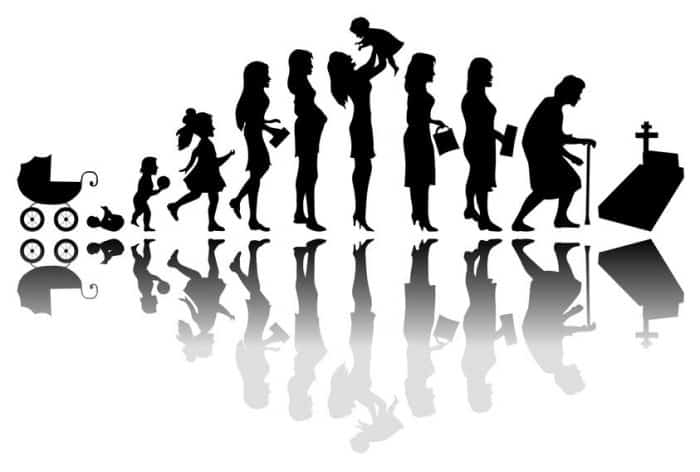 Death is a Natural Part of the Cycle of Life

What is the fear of death called? That would be thanatophobia, and if you think that sounds like a certain Marvel supervillain, you’re not far off. Thanos (from the Avengers movies), like this phobia, was named after Thanatos, the Greek god of the dead.

However, if you fear the very sight of death, such as corpses and skeletons, the name for that form of the fear of death is necrophobia, the fear of dead bodies.

This article primarily focuses on thanatophobia.

Causes and Symptoms of Thanatophobia

Part of the reason it’s so hard to pin down a “cause” for fearing death is also why Hamlet’s speeches are so enduring. It is a universal, arguably innate fear we all share to some extent. No matter who you are or what your background or beliefs are, we all die at some point, and so a general fear of death phobia is understandable to most of us.

Religion and thanatophobia have a deep and complex relationship, but suffice it to say that while some find solace in religious or philosophical answers to death, others are terrified all the more by them. For one thing, sometimes death, as imagined by religion, can sound painful. While the Bible doesn’t actually mention specific torments of hellfire as the nature of hell (you can thank Dante for that) the idea of being tortured with fire for all eternity obviously sounds horrifying. Other religious traditions see hell and limbo as separation from loved ones, which may also be terrifying.

And then there’s the flip side: dying and no longer existing. While that may be completely fine for some, for others, it’s an even scarier thought than existing in hell.

As such, while theological answers to “What is death like?” by no means cause thanatophobia, they can make those symptoms worse if you already have it, the same way watching Jaws can make a fear of the ocean worse.

Of course, religion is subjective, as is one’s relationship with mortality. We all die, but we also each experience death and our fears of death differently, meaning our answers to “What is fear of death?” will differ, depending on our differing beliefs.

However, that also means that, while awareness of our own mortality is a universal cause of anxiety over death, individual causes and symptoms can be trickier to define. That may be one reason why the American Psychiatric Association doesn’t list thanatophobia as a distinct phobia, but rather as an outgrowth of general anxiety-related conditions.

Physical and Mental Symptoms for the Fear of Death

This also means that, aside from Shakespearean soliloquies, there are a wide range of anxiety-related thanatophobia symptoms, including:

Age is another huge potential cause of thanatophobia. The older you get, the closer you tend to be to death, which naturally gives you even more reason to be worried about it.

What’s more, if you have recently suffered grief yourself, that trauma may linger in your mind and cause you to obsess over it. If that brooding death-obsessed teen only started acting that way after the death of a friend of family member, it’s probably worth talking to them about it, or getting them to talk to a support group or trained professional.

Hamlet never truly conquers his fear of death, and you certainly don’t want to be left in a similarly hopeless state. That said, when we talk about how to get over fear of death it naturally depends on all those aforementioned subjective factors which define your personal form of thanatophobia in the first place.

When it comes to managing a fear of death, communication is key. That said, while our friend Hamlet talks up a storm and Horatio is a good listener (he has to be, since Hamlet has the most lines of any character in Shakespeare) it doesn’t exactly bring him peace of mind.

One thing you may want to try is to journal your thoughts. This allows you to communicate your ideas and keep track of them from day to day, all while hopefully providing you with an outlet for your fears and frustrations. You can then use that journal as the basis for future communication if you feel comfortable doing so.

That being said, sometimes less is more. While it’s good to air your feelings about these issues, simply ranting about death won’t necessarily help you overcome them (again, look at Hamlet.) Just as if you have necrophobia, avoiding movies with corpses is probably a good idea. If your fear of death is particularly potent, a bit of a break from all that death talk may be in order.

Just because death awaits us all doesn’t mean life isn’t still full of things that can make it worth living.

If you are so attached to the good things in life that you can’t bear to let them go, focusing on the good elements now with those you care about can help ease those feelings.

Meditation and mindfulness training can help ease general anxiety and calm some of your more panicky feelings.

You might also want to consider a support group. Some anxiety over death is as universal as it gets, so there are plenty of groups out there who are willing to listen and help in person or online.

If your fear of death is becoming too much, online forums like The Suicide Project are dedicated to helping those with these and other death-related mental conditions sort through things and find the support they need.

Professional Treatment Options for the Fear of Death

Medication is not a common solution to thanatophobia, though antidepressants and similar anti-anxiety medication may occasionally be prescribed.

More common are regular therapy sessions. Sigmund Freud famously used Hamlet as an example for several of his theories, but Hamlet himself never got the time “on the couch” or therapeutic care he needed to properly work through his grief and fear of death. Cognitive behavioral therapy (CBT) can also help rewire some problematic associations you may have with death and certain imagery and concepts, helping you conquer mental obstacles to greater mental wellness.

You don’t have to be silent about your thanatophobia, however.

Why we fear death excessively will always remain a question. However, by opening up to friends, family, support groups, and therapists, you can get the answers and help you need to confront and conquer your fear of death.