Understanding The Fear of the Unknown

It is fair to say Hamlet as a play—and the Danish Prince in particular—has fascinated psychologists since the birth of the field.

Freud famously had his own Oedipal theory of the play, while everything from Hamlet’s motivations to his madness have been the subject of endless analysis by literary critics and psychoanalysts alike.

Hamlet is one of the great characters in world literature, so deep and deeply analyzed he feels alive, like we know him and his life inside and out.

Yet, there are always new unknown depths to Hamlet and life, which he would be the first to tell us. Among his many, many anxieties, Hamlet famously fears “the undiscovered country” which, for Hamlet, is death.

It is this unknown and unknowable dimension which is so terrifying it’s arguably the only thing keeping him from choosing to “shuffle off this mortal coil.”

Whatever the unknown may look like to you, let’s take a deeper look at the fear of the unknown and how to conquer “the undiscovered country” of your personal phobia. 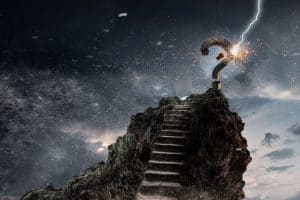 The Undiscovered Name and Condition

Neither xenophobia or agoraphobia are a good fit for encapsulating the sheer existential dread and terror exemplified by a fear of the unknown. It isn’t just that Hamlet fears death, after all, but the unknowable uncertainty of death. Not being alive is one thing, but not knowing what he will or won’t “be” is what underpins much of his “To be or not to be” speech. Hamlet has run up against the limits of human reason and experience, faces something truly unknowable, finds a void, and it terrifies him.

None of that is really encapsulated by xenophobia or agoraphobia. The former refers to a fear of strangers, and thus represents a fear of the unknown in a social and political context, but doesn’t carry the same overarching fear of the truly “unknowable.” The latter refers to a fear of public spaces and the unknown potential of being trapped and humiliated therein, which also doesn’t really capture the existential or epistemological heft of fearing that which is “unknown.”

At the same time, while agnostophobia is technically the name for the fear of the unknown phobia, the insight into the phenomenon itself appears to be mostly, well, unknown so far. There is very little material posted about this condition compared to the other two. The most common study online is one involving a study about engineers and deep learning which opens the definition of agnostophobia, but not much else about the term itself.

In its own way, Hamlet’s “undiscovered country” description is still one of the most accessible and immediately identifiable ways of referencing the fear of the unknown. Even if you yourself don’t fear death, in fearing the unknown, you fear what Hamlet fears, and so his phobic description lives on (at least until we get a more psychologically-established name).

Causes and Symptoms for the Fear of the Unknown

In a way, this makes sense. After all, as a fear of the unknown, you’re afraid of what you yourself don’t know, and that will obviously be very different from person to person. Our best chance of giving symptoms for it, therefore, comes in looking to the general signs of specific phobias. These are just what they sound like, phobic conditions that are particular to the person suffering them.

Some of the most common specific phobia conditions include: 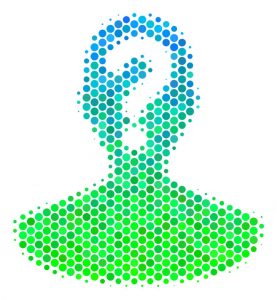 Personal and Professional Treatment for the Fear of the Unknown

Thankfully, when it comes to figuring out how to overcome a fear of the unknown, while a proper popular name for the condition may be a bit unknowable right now, treatment options are not.

First and foremost, you want to try and label your fear as much as possible. As demonstrated by the uncertainty over the name and the generalized nature of the symptoms listed above, the vaguer your fears, the harder they can be to overcome. Finding a way to better label your fear can be an effective first step in conquering it.

To do this, you’ll want to do a bit of Hamlet-izing yourself and start asking questions about what you’re “really” afraid of and why. Are you really afraid of the unknown itself as an existential concept, or are you more afraid of the unknown aspect of a certain question? If you discover it’s the latter, you’ll have taken your first step toward better identifying your fear, which is the first step toward effectively treating any phobia. If you confirm it is indeed the former and you’re afraid of the known, you’ll at least have that knowable quantity to cling to, and that’s a start.

One of the most common causes of both forms of fearing the unknown is a fear of the consequences. Hamlet worries about “what dreams may come” as a consequence of death. Both death as well as a generalized fear of failure are common things to fear in relation to the unknown.

In tackling these, it is important to do something Hamlet never does, and accept that there are some things that are simply beyond your control or understanding. No one knows everything about everything. The unknown will always exist for you, but that doesn’t mean you always have to be afraid of it. Likewise, the unknowable nature of death and the unknown consequences of failure should never keep you from living life to its fullest.

Of course, that’s easier said than done (again, just ask Hamlet), which is why rethinking the unknown can be a powerful coping strategy. This is essentially a self-help version of cognitive behavioral therapy, or CBT, wherein therapists train patients to rethink the way they conceive of certain phobias. Finding a way to change the way you think about the unknown and viewing it not as an exciting adventure (or at least not a Hamlet-esque angst-ridden wasteland of dread) can be hugely helpful.

Meditation and mindfulness practices such as deep breathing and relaxation techniques can help you work toward the inner peace you need for overcoming a fear of the unknown.

Finally, to come full circle, you could always go the “Hamlet on the couch” route and see a therapist. Their training and empathizing combined with their psychological insights can help get to the bottom of your phobia. Even if the root of your fear of the unknown remains unknowable for you, it may not be for them.

For as lifelike as he is, living with an overwhelming fear of the unknown like Hamlet is no way to live. There will always be unknowable things in our lives, but that doesn’t mean these phobic voids are un-fillable. We cannot solve the riddle of the unknowable nor “the undiscovered country,” but with practice we can learn to live with and even cherish the challenge—and from there, “the rest is silence.”

Fear Of The Unknown