What Is Arachnophobia and Why Do We Fear Spiders?

Is the fear of spiders common? Yes, it is a very common fear or phobia. See Statistics

This fear goes along with things that creep and crawl in hidden and not-so-hidden places. Arachnophobia comes from an ancient Greek word arachne which of course means spiders.

The fear of spiders is less prevalent in parts of the world where spiders are dealt with more frequently, but it is reported that three to six percent of the world’s population are considerably afraid of spiders. A fear of spiders may range from only slight all the way up to debilitating. So you are not alone if you have an excessive fear of the eight legged wonders. 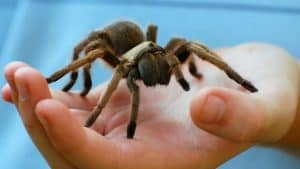 This may be because some spiders pose serious health risks from venom, infections, necrosis of the surrounding skin or even death. PLEASE, it is very important to remember that less than one-tenth of one percent, or 30 out of 43,000 types of spiders, are said to be dangerous to humans, and spiders overall are very beneficial to man. Spiders reduce nuisance pests and even dangerous insects that can carry disease and sickness, such as flies and mosquitoes.

The “Itsy Bitsy Spider” is a cute children’s rhyme but proper early exposure to spiders can make the difference between being afraid as an adult or not.

Most who encounter a deep fear of spiders have an array of responses from being creeped out, disgusted, jumpy, or even experiencing a frozen debilitating fear.

Studies conducted show that when an individual was shown a spider, either actual or an image, they were instantly frightened or anxious. Women more than men suffer from serious arachnophobia, by a three to one margin.

But unless you live in Australia or one of the deep jungles of the world these are unfounded fears. Any spider you encounter is very likely not dangerous at all.

Symptoms of a Fear of Spiders or Arachnophobia

Symptoms for this condition include but are not limited to:

And probably other symptoms not yet reported as people deal with fear differently. 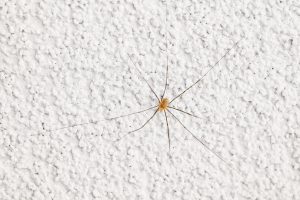 What Can Trigger Symptoms?

Simply thinking of spiders for some can trigger symptoms of the phobia. Visiting areas where spiders are likely to be such as basements, outdoor sheds, abandoned buildings, or seeing something that reminds you of a spider like dust bunnies, cobwebs or debris moving with the wind may also trigger the symptoms.

The main trigger of course is when you come into contact with spiders. You may jump, scream, run for the other room, but why? Studies have discovered that the greater your fear of spiders the larger the spider will seem to you when encountered, this is a telltale sign that arachnophobia is a fear coming from the mind which gives us hope for remedying the issue.

What Causes Fear of Spiders?

Some may develop a fear of spiders from a traumatic event involving the creatures. Signals in the brain or an imbalance of fight-or-flight chemicals such as noradrenaline may also trigger these fear episodes. Take for instance doing a common chore like picking something up off the porch or moving a box from a corner of the closet. If a large house spider scurries up your arm, you may be scarred for life with a mild fear of spiders.

One study showed that in an experiment done with young children, spiders and snakes provoked the most pupil dilation as compared to flowers or fish. This even in children that are so young they couldn’t possibly have learned that spiders are something dangerous. Which may point to the theory that fear of spiders is evolutionary or with us from birth.

Self Help for Your Fear of Spiders

Of course the instant relief from these symptoms would be to remove yourself from the area where the spider has been seen.

Practice simple common sense steps such as keeping your home or living area free of spiders by using sprays, traps, or DIY treatments such as Essential Oils & Dish Soap. If you do not come into contact with spiders then it will limit your fear-induced episodes.

Learn about the spiders in your area. Research the types and you will more than likely see they are HARMLESS. This can help ease your mind some. 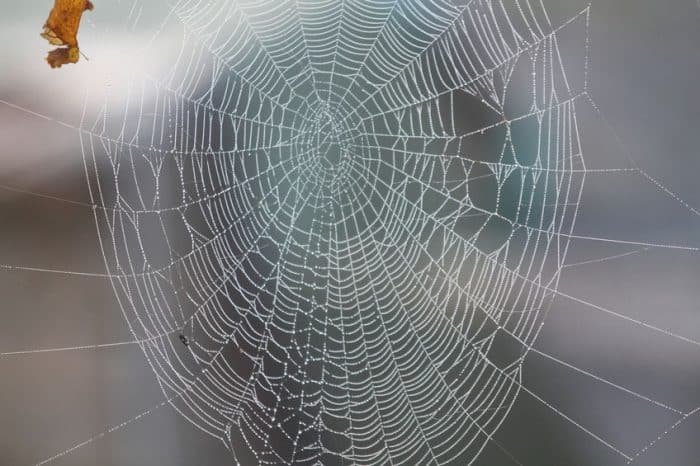 Try to see the beauty and amazement of spiders. They are fascinating creatures and very useful to man and agriculture. Develop an interest from a curiosity point of view.

Meditation and focus may work for those who have experience and success with deep thought, self-help techniques.

How Get Over Fear of Spiders?

Therapists and doctors may offer a range of therapy and counseling and for serious cases, medications. Fear A to Z does not recommend medications, but antidepressants or an anti-anxiety medication may be prescribed by your health professional in certain instances.

Psychotherapy is the most used and probably most effective treatment for serious phobia conditions. Discussing your fears with a trained specialist can help work through your issues and offer some needed relief. Cognitive reframing may be offered and is a technique used by psychologists to identify irrational thoughts and then disrupting those thoughts which may help change the way your brain views spiders.

Systematic desensitization is another option and is a behavioral technique that can be used to treat fear and phobias. The affected person is put through types of relaxation exercises and then gradually exposed to fear producing stimuli, such as places or objects. This therapy utilizes the item that causes the fear to treat the fear basically. It may sound troubling but has been proven to be effective.

If you are not a spider lover such as those who collect spiders from around the world and keep them as pets, then it is likely you may have a fear of the eight-legged wonders. And you’re not alone.

Most people deal with this fear as they do with all other creepy crawlies or scary things—they avoid them. But for others the fear is much more. To psychologists or zoologists the deep fear of spiders may be unfounded and may even be seen as irrational, but the fears are real to you. If you are willing and ready to work past this phobia there are options available through self help or professional guidance. Don’t let your fear of spiders control you.

link to Fear Of Spiders And Snakes In The Toilet

Let's Flush the Fear Of Spiders And Snakes In The Toilet Do you check and recheck under the toilet seat and in the bowl before on the toilet? Do you have a deep fear something may bite your...

The Fear of Pumpkins is Officially Named Cucurbitophobia   Fact: Pumpkins are one the oldest domesticated plants? Some people however have an excessive fear of pumpkins, the first cousin to...